In November 2018 I wrote a piece critical of the centralising forces that I saw within the proposed move to Proof of Stake on Ethereum. I would like to revisit that article now that the architecture of Ethereum2 is more defined, especially as it relates to the scope and severity of slashing punishments, which were a core concern of mine at the time.

Small disclaimer before I begin: Kyne Software develops Ethereum 2.0 Enterprise Staking Infrastructure for a Staking as a Service provider. More to come on that in future. :)

This article presented a dystopic potential future, where the complexity and risk associated with staking leads to centralised staking services accounting for almost 90% of the market share of staked ether. Then, when a major hack of a staking provider occurs, the staking firms collude to exclude the valid chain with the hack in it, and instead they progress a secondary chain to replace the one containing the hack. This collusion 'saves' the money of those hacked, but at the expense of having a decentralised blockchain that Ethereum set out to be.

Firstly, I would like to address some of the core technical changes to the Eth2 protocol from it's early proposals in 2018 to now.

These changes, in particular the minimum required stake coming down and the minimum lock up period during an exit will have massively beneficial effects with respect to the decentralisation of staking providers. With lower capital requirements and lock up periods, more hobbyist validators will be able to safely validate the network, and the likelihood of staking becoming a heavily insured and regulated industry are much lower in my mind.

If I do say so myself, I am pleased with my prediction of interest bearing savings accounts becoming a feature of crypto banks, however I did not anticipate these appearing before Eth2 staking rewards by generating revenue from DeFi. Nowadays, many competing wallets offer ways for their users to earn interest on their crypto by lending it out via compound or contributing it to the DSR.

Finally, there is a significant change to Ethereum2 that is still being researched that could completely relieve me of my fears of a tyrannical supermajority of staking as a service providers making illegitimate blocks 'for the greater good', and these are called fraud proofs.

What is a fraud proof?

A fraud proof is a mathematical proof any staker can submit that demonstrates that a rule has been broken during a state transition (new block). Fraud proofs are being researched for inclusion in phase 1 of the transition to Eth2. Although fraud proofs add extra complexity for validators in deciding if a block is legitimate, their upside is that they can hold a dishonest supermajority in check.

In the scenario I outlined in The Staking Problem in 2018, I feared that a dishonest supermajority would make an illegal state transition not permitted by the rules, but because the offenders were a supermajority (representing greater than 66.6% of the validating set), there would be no mechanism to hold them to account. With fraud proofs being included in the Ethereum2 spec, even one honest validator could report this illegal state transition to the network, and the attempt to make an illegitimate chain would fail.

With the improvements made to the Eth2 spec to date (signature aggregation, good vs bad exits), and the ones under research (fraud proofs, shared secret validators), I am more confident than ever before that a transition to a Proof of Stake Ethereum 2 can allow it to scale to meet it's goals while remaining decentralised. I am looking forward to the next few years as we go from single threaded 'dial-up' Ethereum to multi-threaded 'broadband' blockchain.

Kyne Software provides expert insight into the challenges of adapting your business to make the most of Ethereum 2.0. Reach out to hello@kyne.eu to find out more.

Get the latest posts delivered right to your inbox 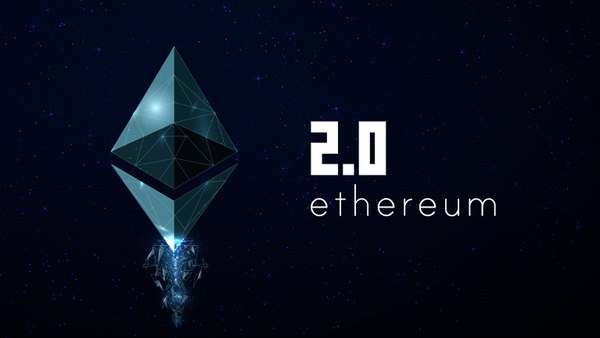 Currently, Ethereum is undergoing a transformative change, from an energy heavy, single threaded, fossil fuel machine, to a multi-threaded hybrid. This new version of Ethereum is known as Ethereum 2.0. and is being implemented over 4 phases in the next 5 years.

Stay up to date! Get all the latest & greatest posts delivered straight to your inbox