In October 2008 during the last financial crisis, the anonymous cryptographer Satoshi Nakamoto posted a white paper titled; "Bitcoin: A Peer to Peer Electronic Cash System". This breakthrough spawned a new field within computer science bridging economics, cryptography and software development to create shared networks like the internet, but with a key difference.

The past cannot be changed once it's agreed upon.

This internet with uneditable history costs a few cents to interact with at a time, and these fees incentivise others to run the network and to keep it secure and uneditable. You can go back through more than 10 years of bitcoin's transaction history and see where every bitcoin has been at any time.

This new paradigm of uneditable, permissionless ledgers has led to many new pieces of technology being created, the one I fell head first into 3 years ago is called Ethereum.

In 2013 a young Vitalik Buterin realised that there was nothing stopping us generalizing this uneditable history technology to store any kind of structured data, not just a ledger of bitcoins.

To create a network that could maintain an uneditable history of any type or shape of data wasn't an easy task; a new type of computer code and a virtual machine to run the code were created, this machine was called Ethereum, and it was designed to be run on any number of individual computers around the world, kind of like a peer-to-peer Amazon Web Services. Ethereum went live for the first time in 2015, one shared computer to execute code on a shared database. Entirely open source and permission-less.

This version 1.0 of Ethereum took the world by storm, programmers around the world were writing basic scripts to create all kinds of software that was executed on the world computer. This code could create or update data within Ethereum's database, leaving uneditable proof of their code's execution.

In the 5 years since Ethereum's release, the pace of innovation has been staggering. Billions of dollars of financial transactions take place on software running on Ethereum each year. The ability to use open source banking services on Ethereum is growing every day. These services allow users to borrow, lend, trade, invest, hedge and more.

This new financial ecosystem gives people control over their digital assets without expensive middlemen like stockbrokers, insurance brokers, investment managers and so on taking a cut of their returns. These systems allow us to send money to anyone in the world without the antiquated correspondent banking system that can be cost prohibitive to send money to far away countries. The cost of managing financial assets for large institutions can be reduced by orders of magnitude by digitising their official record for an asset and managing these digital versions of their assets on the Ethereum blockchain.

The current version of Ethereum 1.0 can execute code for anyone in the world, but it cannot yet support everyone, because currently it's single-threaded. This is kind of like when the internet existed, but it could only travel across one phone line in your house, you couldn't do anything in parallel.

Currently, Ethereum is undergoing a transformative change, from an energy heavy, single threaded, fossil fuel machine, to a multi-threaded hybrid.  This new version of Ethereum is known as Ethereum 2.0. and is being implemented over 4 phases in the next 5 years. This new version of Ethereum will be like a 64 core processor, running in a distributed fashion across hundreds or thousands of servers across the world, open to anybody to take part and be paid for their CPU time.

This new world computer will be capable of competing with some of the global private payment rails such as SWIFT, VISA, PayPal and more. Given enough time I believe most financial securities will be digitised on public blockchains. The digitisation of financial assets on an open source system will allow these assets to become easily transferable from one broker to another, meaning, you could take your digitised bonds from fidelity to J.P. Morgan without issue, because they will hopefully both support the eventually standardised digital asset format. This reduces the 'moat' that many financial service providers have their existing clients within, reducing transfer friction and client stickiness and increasing competition between them for consumers' benefit.

Kyne Software helps financial services firms manage their digital asset issuance and servicing for the firms and their clients. Reach out to hello@kyne.eu to see how we can help your business start to transition into the broadband blockchain age of digital finance.

Get the latest posts delivered right to your inbox 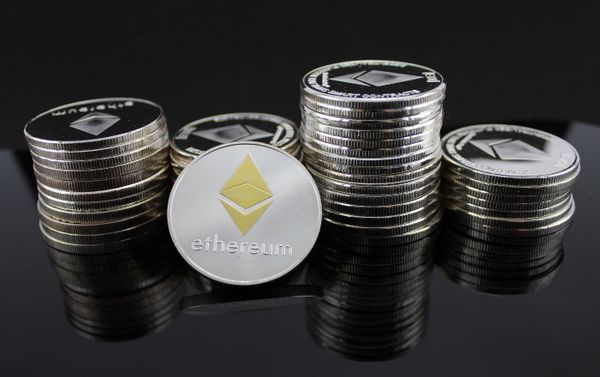 Looking at Eth2 Staking Incentives and Punishments and how they have evolved for the better over the last three years.

Stay up to date! Get all the latest & greatest posts delivered straight to your inbox